A simple fable about life around USTAD HOTEL – a charming old world restaurant on Calicut Beach. 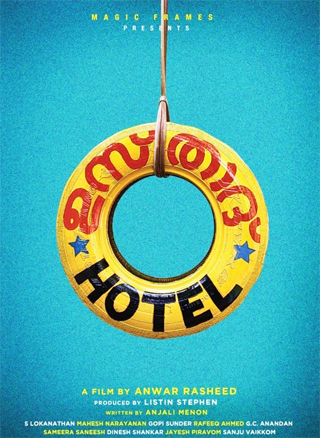 When and where did this story begin?

I find myself smiling when I look back. It does seem like life is a screenplay where the plot points are buried well 🙂

April 2009 – We were at the first discussion meeting for Kerala Cafe in Kochi. All the directors arrived and I was meeting most of them for the first time. At lunchtime, biryani packets arrived at the table.

It smelled delicious and as I helped myself I asked “where is this biryani from?” The director who smiled at my biryani love and answered my question was Anwar Rasheed. I didn’t know then that in two years time we’d be creating Ustad Hotel together! 🙂

Cut to 2011 I was at home in Calicut being pampered silly in the first trimester of pregnancy while being advised bed rest. If you ask me the Kozhikodan food menu is made entirely of comfort foods that feed one’s soul. One day  I called Anwar to share some stories I had been thinking of. He was intrigued by the “Uppuppa” one and asked if I could make some notes for him to understand it better. I did and he turned up in a week to hear it.

That day he got all excited and left the house only to return in a few minutes. He handed me a token advance to write his next film. Even for a moment he wasn’t deterred by the many reasons that deter most in this industry – newcomer writer, zero commercial experience, limited Malayalam, and a happily pregnant woman to boot!

For me, I had seen the sensitivity with which Anwar directed ‘Bridge’ – his short film in Kerala Cafe and that was what my faith was built on. I hadn’t seen any of his other films. And yet there we were, dreaming a new dream together.

Not knowing anything about how writers work here, I just wrote the way I knew and he would gently nudge on. It kept me happy through all those months of staying indoors;  for in my head I was flitting through so many spaces and characters.

10 months later, on the release day I saw “Ustad Hotel” in a movie theatre with my baby on my lap. Anwar had knocked it out of the park! Ustad Hotel was Mon’s first movie and this film will always be the same age as my child. Every dialogue was lapped up by the audience and I felt every heart beat in that theatre. I hadn’t experienced anything as thrilling as that! That moment will remain among my favourite memories in life. Deeply thankful for all the love.