Every time I see Thoovaana Thumbikal, like the first time when I ardently hoped – I still hope that this time Clara and Jayakrishnan will end up together!” 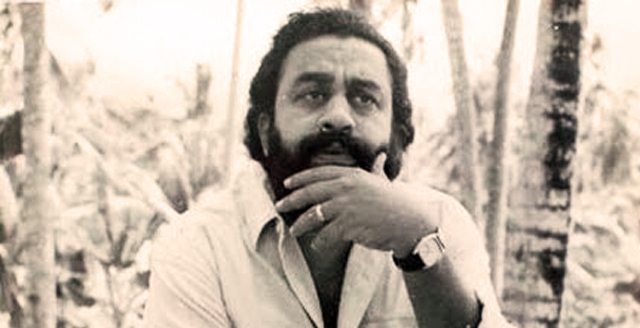 I had a chance to watch “Deshaadanakilikal Karayaarilla” on telly the other day. I have seen this film just once when I was in school myself. I remember being able to completely identify with the school girl rebellion in the film. Last week I was able to completely identify with the grown up characters too. Isn’t that the magic of a genius filmmaker? I dont know if this film was a success at the box office… was it? Today, would such a film run successfully?

Growing up in the Gulf during the era of VHS and Betamax tapes, I remember watching such films on tape with Arabic subtitles on them! Not being able to read Malayalam then, I had no clue about who was directing each film. One day when I was about 14, I remember making a list of my favourite Malayalam films and that is when I discovered that most of them were directed by the same person – P.Padmarajan!

A few months ago at La Rochelle Film Festival, there was a panel discussion between a predominantly French audience and some of us Indian filmmakers. The audience had viewed our films at the festival and the selection was from the regional Indie Indian cinema. Towards the end of the interaction, someone from the audience piped up: “Isn’t your cinema more influenced by Europe because India mainly does Bollywood style filmmaking?” Almost grabbing the mike (!) I shared that I was far more influenced by inspiring regional filmmakers than European filmmakers. The filmmaker foremost in my mind was of course Padmarajan Sir. However sadly, that audience would not have known who I was speaking of – because for most of them Indian cinema is all about Ray, Ghatak & Adoor Gopalakrishnan.

How does one celebrate this filmmaker who gifted us such gems? How do we say Thank You for characters that stay with us? Why do we stay glued to the telly when one of his scenes appears? Can any jury or award committee deny him a place in our hearts? His deceptively simple technique is the foil to the lifelike complexity of characters and situations – the magic that stays within us.

Recently there was this scene from Thoovana Thumbikal floating on YouTube. (Hope its a legal upload!)

🙂 And so the magic lives on!

50 thoughts on “The dragonflies still flutter…”